Now that the weather is nicer – and by nicer, I mean no longer an oppressive cauldron of heat – we are taking the time to travel around the city and countryside more often. We recently took a weekend trip up to Brașov, Râșnov and Bran in the Transylvanian region of the country. This region is about a 3 hour drive from Bucharest and seemed like a reasonable weekend trip for our first time driving in the country.

We heard that Brașov was hosting an Oktoberfest and we wanted to check it out. Thankfully there was a beautiful house for rent in Râșnov that allowed us to bring Isaac and Jethro with us. Brașov and Râșnov are only about 15 minutes away from each other, so the distance between the two cities was tolerable. The Oktoberfest was a bust; the tent was hot and stuffy and we only drank a couple of beers before we decided it was better to check out the city center of Brașov instead. Brașov is an old walled medieval city that sits in the valley of the Transylvanian mountains. The city center is well maintained and houses the quintessential European piazza that we assumed we’d be living in this year. It also boasts a Hollywood-type sign in the city’s surrounding mountains.

From there, we also went to an old citadel in Rasnov. Oddly, Jethro was allowed to walk around with us. There are not a ton of regulations regarding tourists yet (though there should be). But really, if this stinker only realized the how lucky he is…

Just a short drive away from the “bustling” city center of Brasov, we stayed in an old Saxon house in Ransov. I gotta say… our house was so cool. The neighborhood was cool and it was a great experience to be in a smaller city in the country for a few nights.

In our Airbnb, the backyard went straight up the mountain. And by straight up, I mean, it was probably a 25% grade hill. I tried to star gaze out there by myself one night. Carl was out with one of his friends for the night, and I hung back at the house with Isaac and Jethro. I took Jethro out back with me, thinking that he’d enjoy the time in a back yard again. Well, let me tell you… I spent about 10 minutes out there. Tops. It was pitch black and there was LOTS of movement going on in the backyard. There were two dogs next door who kept sneaking under the fence and scaring the crap out of me. And if they weren’t under the fence they were walking all around their yard. There were also several feral cats who hung out in the surrounding yards as well. So while I was trying to relax and star gaze, the rustling of leaves and crunching of sticks by something obviously heavy was enough to send me back indoors. I guess my years of city living have turned me into a wimp! The views during the day were equally as gorgeous!

Back in Bucharest, I took the time to visit Parcul Natural Vacaresti. It was one of Ceausescu’s failed designs that has turned into an unplanned nature reserve. Ceausescu had grand plans to create a man-made 7km lake in the center of Bucharest. In doing so, he demolished an entire neighborhood as well as the country’s oldest monastery. The monastery had some of the oldest frescoes in Romania. Fortunately, historians were able to save some of them, but not all. He displaced hundreds of families, bulldozed their houses and reassigned them to communist blocs somewhere else in the city. The families had no say in where they were placed and if they didn’t like the new housing assignment… well, too bad. It was all in the name of making Bucharest a world class city.

For fear of either getting shot or thrown in jail, the city workers and engineers followed Ceausescu’s plans for the lake. Some tried to warn him that the lake wouldn’t work because it was the wrong type of soil, but he didn’t care and told them to figure it out. He envisioned siphoning the water from the river that flowed next to lake and filling the lake with that water. But the water had to flow up and then over. As you know, water doesn’t flow up and over. The whole design was flawed but his workers were too scared to explain this to him. After about a year of demolition and construction, the engineers finally got to test their plans and they siphoned the water from the river to the lake. They filled the lake about a meter high, but then over night all of the water disappeared. Why? Because it was the wrong soil. Fortunately, this was around the time of the Revolution, so Ceausescu could not continue his lunacy in creating this lake.

Instead, the lake, which had pitched cemented walls, sat untouched for about 25 years. There were three different developers that wanted to do something with the lake. But all failed. One developer was from the US and wanted to make it a Nascar rink. Another developer wanted to make it into apartments, and that also failed. And the third… I can’t remember and it doesn’t really matter. Because instead, it was where unwanted dogs were thrown and squatters lived. According to the Urban Ranger for the park, dogs were thrown in the pit and by the time the city “handled” the situation, there were 65,000 of them. I can’t verify that number anywhere, and that seems awfully, high, but I think you get the point. The dogs couldn’t get out of the pit and they couldn’t do anything but survive. There were some Roma families that lived down there, too. And the city had to kick them out as well. All in all, biologists got very interested in this area of the city because it has turned into a marsh land. There were underwater springs that provide some water, but never would have withheld a lake. Lots of birds and other types of animals now nest in the urban ecosphere. It’s a really cool place to check out! 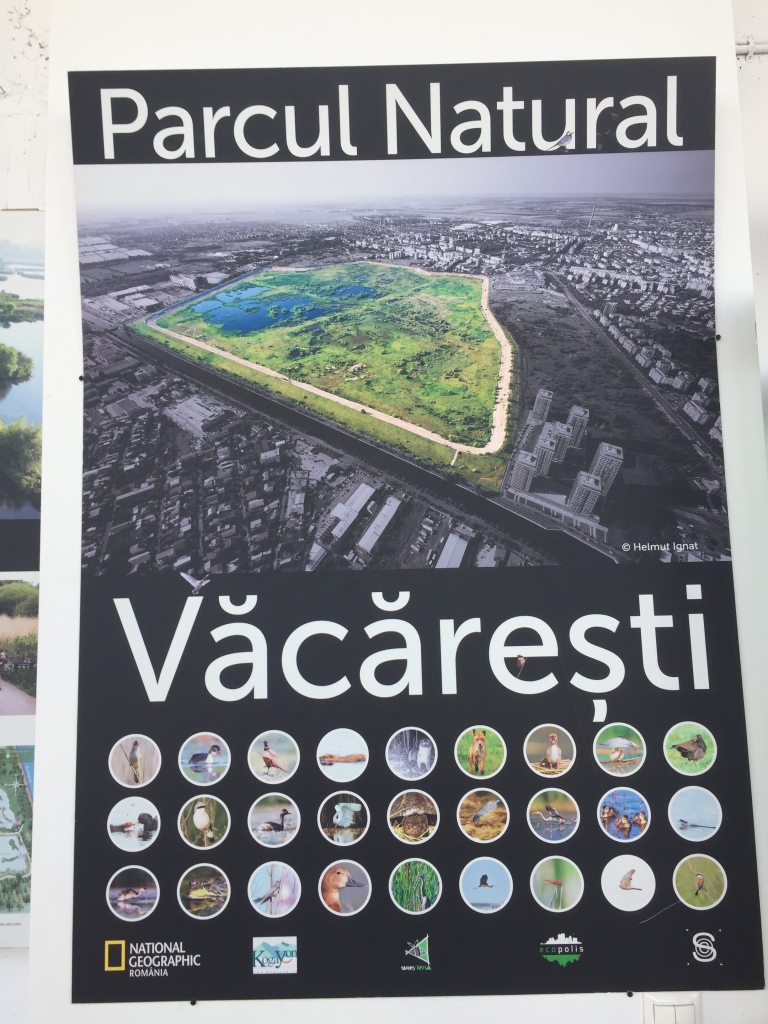 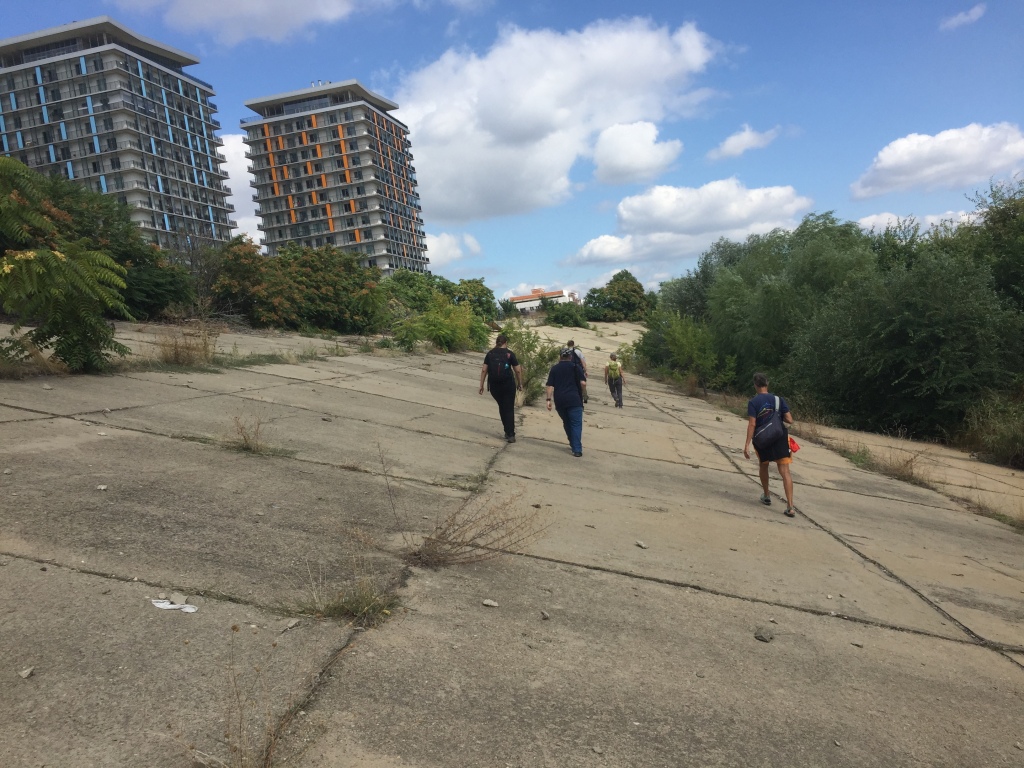 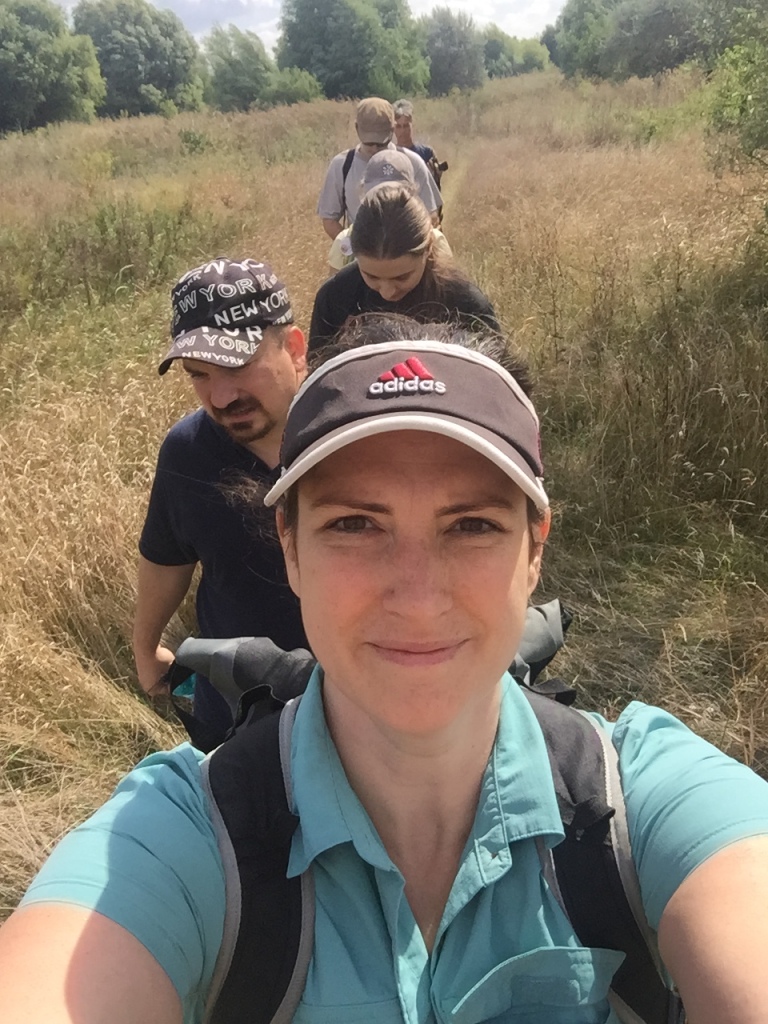 Despite all the fun we’re having, I don’t want you all to think that I’m not working my butt off either. Since we got here, I’ve sent off three manuscripts to journals. Cross your fingers that they’re all accepted!